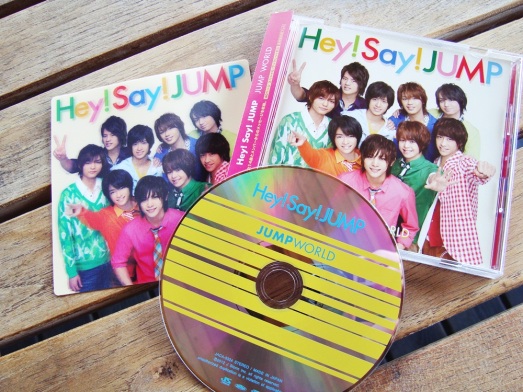 Received this lovely album two days ago, one day after its release date! It’s been two years since their last album, so I have been excited about the release of their second album. The album came with an additional 3D-cover, not that I care that much about such things *laughs*.

But should be get to the songs then? :)

01: Perfect Life (パーフェクトライフ)
The album start out with a happy up-tempo song. At my first listen, this song didn’t do much for me, felt like a typical “start track” which just have to be there. But now I feel it’s actually a quite nice, catchy song. Grows on you for sure~ Makes one anticipate what the next tracks will be like.

02: SUPER DELICATE
Everyone should be familiar with this amazing song already, but I’m going to talk about it anyway. I really like the phrase 君にしか見せられない顔がある “Kimi ni shika miserarenai kao ga aru” which they repeat a lot throughout the song. Sounds totally cool (lol). The beat is also very catchy and will have to say this is a very successful HSJ song. Can always listen to this song ♥

03: Tsunagu te to te (つなぐ手と手)
This song is a nice relaxing ballad song with some good vocals from the boys. This is also a song which gets better with more listens. If you listen properly, you can hear the music is actually really good with both piano, violin and a nice drumbeat. A nice little gem, which I have a feeling will be a fitting ending song for one of their concerts~

04: Boku wa Vampire (僕はVampire)
Without a doubt the most addictive track on the album! This song really gets stuck in my head (haha). It’s just crazily catchy (given that the music is written by a Swedish composer of course) but also have some really cool and fun lyrics. 僕はVampire、恋はDangerous – well that is selvfølge! The funniest part is definitely when they repeat the word “vampire” like 10 times in the interlude with their very Engrish accent xD

05: OVER
This is also a very sleek single release from HSJ. It has a somewhat blue feeling with the theme of an ended relationship, hence the repeat of the word “OVER”. This song actually makes me a bit sad, because I always remember it was Ryutarou’s last single. They do sing “it’s over”… But apart from that I do like this song a lot and wish it didn’t make me think of sad stuff.

06: Hero
A song with lyrics almost entirely written in English, even though it’s hard to hear that (lol). This song is very 元気 and happy, but not something I would listen that much to. It could be nice for concerts though ^^

07: Magic Power
At first I hated this song, but as all HSJ songs it grew on me and now I can’t stop singing along whenever I hear it! It’s such a uplifting song and always put a smile on my lips. But am I the only person who have always found the part: Crazy! But, Magic Power! kind of hilarious? *laughs* Otherwise wonderful song ♪

08: Hurry up!
Love, love, love this song! It’s a really different style for HSJ and the lyrics are really well-written. They sing about how they want their loved one to run away from them. But they also sing “be with you always”, so it’s kind of a contradicting feelings’ song (haha). This song is just so catchy too and overall well done. One of the best songs, without a doubt.

09: Thumb & Pinky (サム＆ピンキー)
This song is very up-beat. And when I say upbeat, I mean up-beat (haha). I have no idea what this song is about, the title is kind of weird and random. This song is not really my cup of tea though. It’s just kind of a bit too energetic, but probably a good song for concerts.

10: 「Arigatou」~Sekai no doko ni itemo~ (「ありがとう」～世界のどこにいても～)
This song was the one who really pulled me back into the HSJ fandom, it’s just fantastic! I love everything about it, the theme, beat, lyrics, composition you name it~ It was a great idea to mix in other languages apart from English, and then I just adore the part where Yamada makes that arrogant snort and says “We are JUMP” – just epic! ♥♥♥ I cannot give this song enough love. Lets leave it at that and move on (heh).

11: Together forever
Now this song have to be my favourite new song of the entire album. This song is just amazing! It explores a completely new style as well for HSJ. I think it’s the most beautiful ballad song they have done so far actually. The music is just wonderful and you can really hear the members sing with all their heart. Gives me the chills and I’m not kidding! If I heard them this sing this song live I would probably cry, it’s that emotional a song. Great job HSJ! Wow~

12: Snap (スナップ) Hey! Say! BEST
Now to the Hey! Say BEST song~ It’s not as good as the song Score on their first album, but I would say it’s okay. It’s one of those songs which are nice background music, but not something you would listen very attentively to, I guess. A shame, they didn’t write them something more special.. Let’s hope for something better in the next album, shall we?

13: Hana Egao (花えがお) Hey! Say! 7
I think the Hey! Say! 7 song is a bit better, but still not at all in league with their amazing song “Ganbaretsugo” from their first album. It’s that type of song where the lyrics is all about reaching for a brighter future and all that which I feel like I have heard many times before in a HSJ song. Well, not really anything special for HS7 this time either… And then I also miss Ryutarou (゜´Д｀゜)

14: Single medley – Second act (シングルメドレー Second act)
This is much like the single medley in their first album, just with new single songs of course. It’s quite fun to hear how they mixed it all together – the best part definitely being the Arigatou song! Sounded quite cool in medley style~
Still, I wonder why they make these medley endings? A tradition perhaps? Find them a bit a waist of space, as I would rather have an extra song tbh. Especially now there were only 13 songs this time, when their first album had 17. That a 4 songs difference! But then again we had to wait 3 years from their debut for them to release an album and this time only two years have passed. Maybe that’s the reason? Well, probably not (lol). 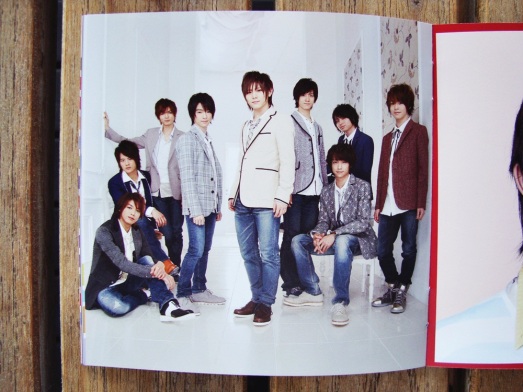 My honest opinion of Hey! Say! JUMP’s second album is probably that half of it was like super amazing but the other part was not up to the standard of their first album. I think the smaller amount of tracks also had its effect. Like there wasn’t room for semi-solo songs like in the first album and the boys didn’t get to write the lyrics and provide their own music as much. I think that’s such a shame, because they do really have a lot of talent! But apart from that I enjoyed their second album a lot and I will probably grow to love is nearly just as much as their first.

That was all~ hope you liked my review ;)